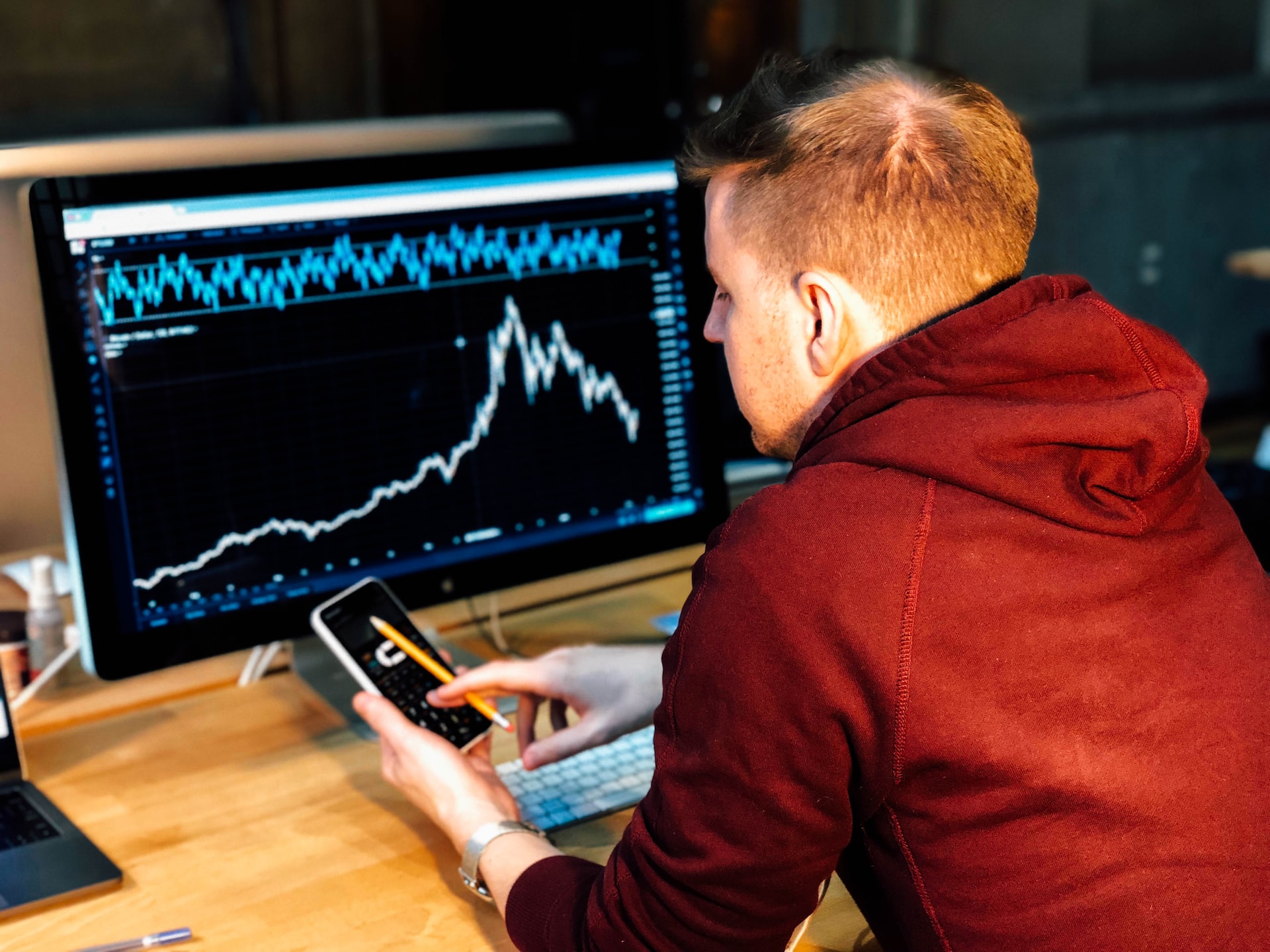 The Emirates Interbank Offered Rate or EIBOR is the benchmark interest rate by which banks lend to each other. It acts as a reference rate that’s used when determining interest rates for financial transactions such as mortgage loans.

The Central Bank of the UAE (CBUAE) is the administrator for the EIBOR and therefore determines the benchmark rate. The Central Bank nominates 8-14 banks in the UAE to be part of the EIBOR Panel. Each bank on the Panel contributes daily rates that are fixed as follows: overnight (O/N), 1 week, 1 month, 3 months, 6 months, and 1 year. This time frame is known as the tenor or the length of time that a financial contract is in place. For each tenor, the highest and lowest rates are discarded and then averages are taken. Each average is the EIBOR rate for a specific tenor. You can find specific information on EIBOR regulations here.
‍ 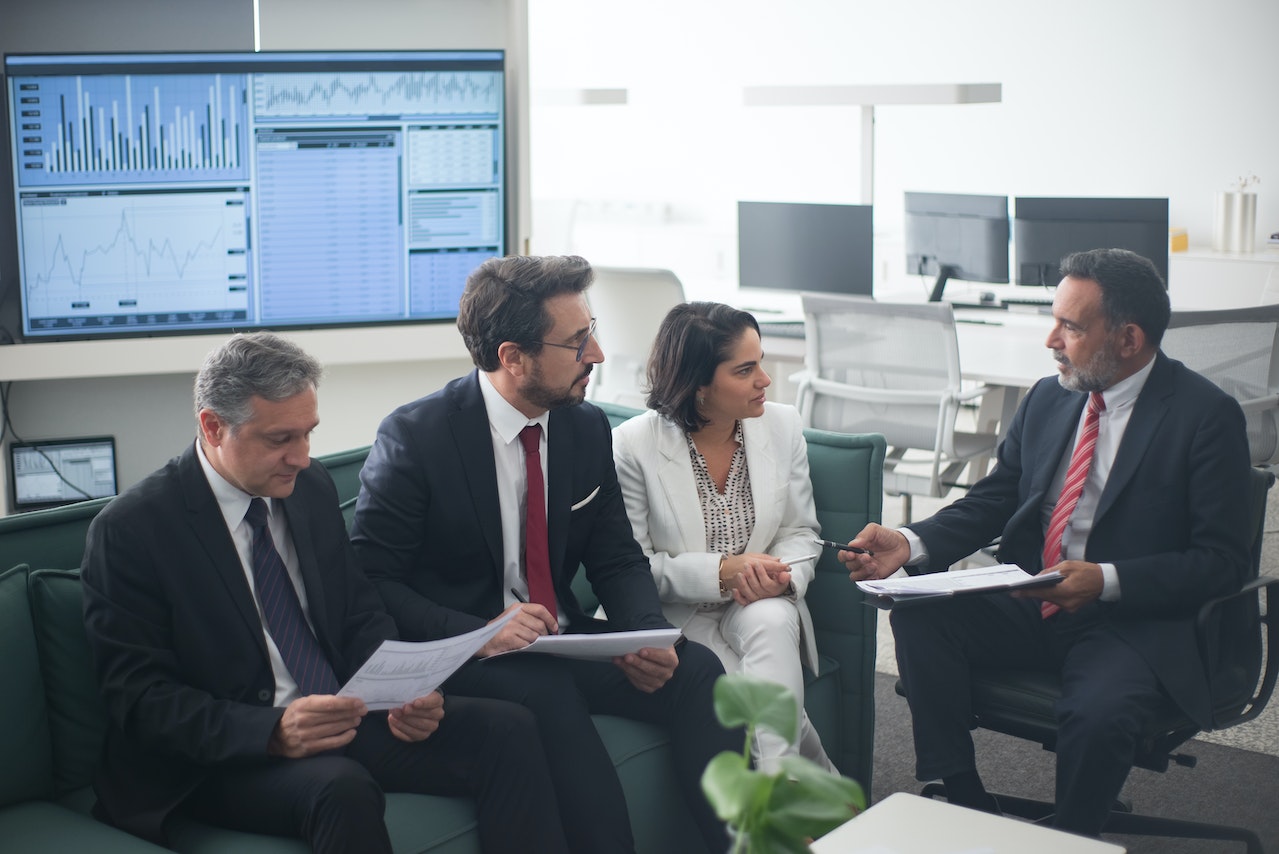 So we know what the EIBOR is, but how does it actually affect borrowers in the UAE? You’re probably familiar with the two main types of mortgage rates, fixed and variable (but if not, learn all about them here). EIBOR is what causes fluctuations in variable-rate mortgages. The interest rate for variable mortgages is the bank margin (fixed margin) plus the EIBOR rate, typically the 1 or 3-month EIBOR. The bank margin is determined based on the bank and the creditworthiness of the borrower, whereas the EIBOR rate changes over time. However, since UAE banks only offer mortgages that are fixed for 1-5 years and not the entire loan term, all borrowers should understand how EIBOR affects interest rates. After the fixed-rate period, the mortgage reverts to a variable rate (aka the reversion rate) that is subject to EIBOR changes.

How often are EIBOR rates updated?

EIBOR is calculated on a daily basis. Each working day in the UAE, data is collected from the Panel banks after 11 am and the EIBOR rate for the day is published by 12 pm (UAE time). The rate is not updated nor published on Fridays or Saturdays. The Central Bank currently outsources EIBOR calculations to Thomas Reuters.

‍You can check the current EIBOR rates on the Central Bank’s website.

‍As an example, the EIBOR rates for Monday, December 26th of 2022 are below.
‍ 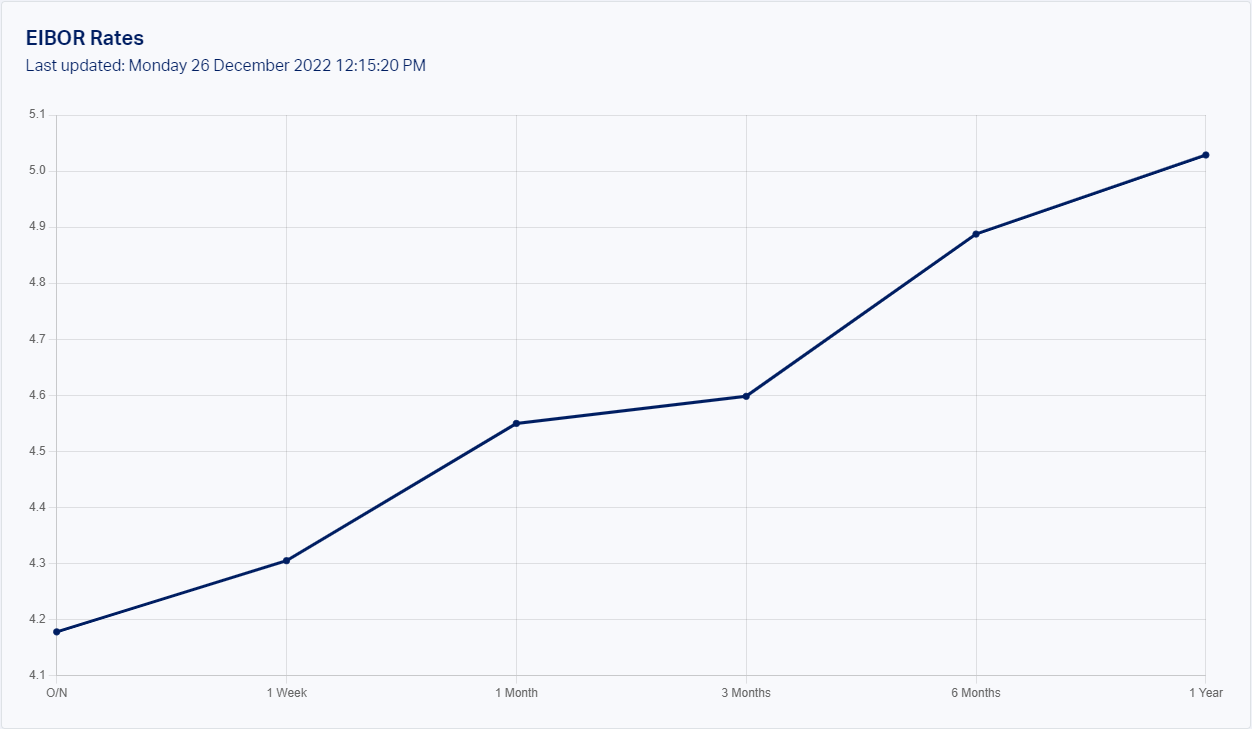 The Central Bank has been increasing EIBOR in an attempt to manage ongoing inflation in the global economy. The 3-month EIBOR was at 0.2% at the end of 2021 but then increased by 4% over the course of the following 12 months. EIBOR rates are the highest they’ve been since the 2008 financial crisis.

All central banks in the Gulf Cooperation Council (GCC), including the UAE Central Bank, follow the Federal Reserve System or the Fed which is the federal bank of the USA. The Federal Open Market Committee (FOMC) raised their interest rates throughout their eight annual meetings this year to the highest levels in over a decade, and so GCC banks followed suit. All countries in the GCC have their currencies pegged to the US dollar which is why they had to raise base interest rates in coordination with the Fed’s changes.

Coinciding with EIBOR changes, variable-interest rates have also increased significantly. This puts a greater financial burden on mortgage owners as it directly impacts their monthly mortgage payments. This can be troublesome news for borrowers in the UAE, especially as the Central Bank is expected to continue increasing the EIBOR into 2023 to resist inflation. Borrowers with a fixed-rate mortgage should also anticipate a large increase in monthly payments as soon as their mortgages revert to variable rates.

Since EIBOR has such a large impact on mortgage rates, it’s important for borrowers to stay updated on the current trends. While the ongoing situation may seem dismal, it’s possible to minimize financial stress with the help of a mortgage broker as we’ll discuss below.

Most banks rely on one tenor when they calculate interest rates for their variable-rate loans. A longer tenor will typically have a higher EIBOR rate as lengthier transaction agreements between banks are riskier. As mentioned, EIBOR rates are fixed from overnight to 12 months. Here are the typical EIBOR tenors for the largest banks in the UAE.

The latest EIBOR trends may unsettle current mortgage owners and prospective buyers in the UAE. But luckily, you now know exactly what the EIBOR is, how often it’s updated and where to find the current rate, the recent trajectory, and the rates used by the major UAE banks. Understanding the mortgage market is the first step toward improving your financial situation!

For more insight into the UAE market, learn about:
You can also consider opting for a fixed-rate mortgage that isn’t susceptible to EIBOR rates (at least not during its fixed period). Find out which banks in the UAE offer mixed-rate mortgages that have a fixed-rate period here. Current mortgage owners, even those in their fixed-rate period, can consider refinancing their mortgage to get a better rate. Here’s where Kredium can help by efficiently searching amongst various lenders to find you a personalized loan offer. Our experts are familiar with the UAE real estate market and have experience finding mortgage options for UAE nationals, residents, and non-residents. Also check out our mortgage calculator where you can estimate your monthly payments based on a selected down payment, interest rate, and loan term.

Our services don’t stop just at mortgages. We offer thousands of property listings across Dubai for all types of prospective buyers. You can search on our website or register to get full access to property prices, floor plans, and construction deadlines for every property.

‍Sign-up to get help from your property search all the way to finalizing a mortgage loan!
‍
Photo credits: